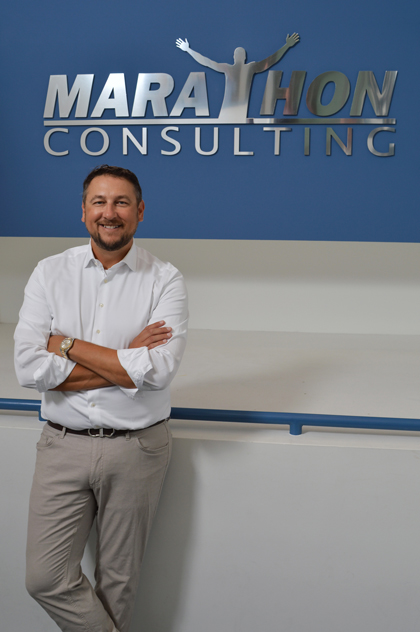 Tony Cortinas is President and one of the founding partners of Marathon Consulting. He is responsible for the day-to-day leadership of the company, as well as driving strategic growth for the organization. Before assuming the role as President, he served as Vice-President since 2006. During this time, he oversaw marketing and finance for the company, as well as led the Digital Marketing department, growing the team by over 500% and spearheading the addition of search engine optimization (SEO) and paid advertising service offerings.

Cortinas began his IT career in networking where he became a Microsoft Certified Systems Engineer (MCSE). He then moved to web and application development for clients in sectors including automotive, retail, banking, education, healthcare, government, marketing, and real estate.

A native of Fairfax, Virginia, Cortinas is a graduate of the College of William & Mary with a degree in business administration (concentration in IT).

How Can We Help Your Business?

We are problem solvers with a deep knowledge of the full product life cycle.

Our experienced consultants are committed to providing our clients with successful, cost-effective IT solutions.